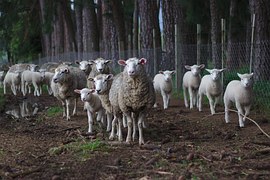 According to the website Navitor, the origin of bumper stickers is described as:

I’m not a bumper sticker person although I occasionally enjoy reading them at red lights.  My favorite type is probably the ones that says something like “my other car is a _____” which oftens fills the blank with airplane, broom, Jaguar, Rolls Royce, or unicorn. The other day a bumper sticker on the car in front of me caught my eye. It said

“This Princess Saves Herself”

I assume the message is in contrast with the fairy tales where a distressed damsel is rescued by a handsome prince. I was saddened. Think of the all unemployed and underemployed princes that will have to get real jobs!

As mentioned in other posts on this blog, I had a long and prolific career as a rebel, law-breaker, and reckless sinner. It would be a challenge to cover even the major events and consequences in a single post. Let’s just say I was prodigious in my rebellion.

In a 12-step recovery program I came face-to-face with reality. The sheer magnitude of my rebellion was alarming, the lack of conscience was appalling, the damage assessment was depressing. But it was this assessment that revealed the true state of my heart. I had been a no-good, no-account, outright rebel against God and people. It became oh-so-obvious for me: “self-improvement” was utterly hopeless. That was good news indeed because that’s when I met Jesus.

A surface-level review of mankind’s spiritual enterprises (a.k.a religions) reveals some similarities yet also vast differences. I don’t know the original source of the below graphic but it appears to be accurate as best I can tell.

There’s a lot of self-achievement in that chart. People like me would be cast out or destroyed by most of these religions. The ragamuffins of the world are not desirable. For this former rebel and hopeless troublemaker, there is only one option… Christianity. I’m not referring to concepts such as: church/mass, preacher/priest, confession, service, good works, selflessness, purity, goodness, humility. These are all good things but I’m referring to the one single truth that distinguishes Christianity from all other religions and belief systems:

Jesus is the Son of God who came to earth to live the perfect life, die an undeserved death, be resurrected from death, and to ascend into heaven to sit at the right hand of God. In doing so, Jesus conquered sin, death, and self-achievement. Because of Jesus, people who cannot save themselves could be saved.

This is the only way for someone like me. I cannot improve myself enough, or do enough good to offset the bad, or become enlightened enough to rise above the past, or perform enough service to make up for what I’ve taken. Jesus is the only hope for a rebel like me. Every person has rebelled at some point in their life, and we all need Jesus to save us.

Christianity: it’s not about how bad I’ve been. It’s about how good He is.